Alcohol Consumption and Changes in the Brain
By Barbara Koltuska-Haskin, Ph.D.

Even a small amount of alcohol consumed daily could cause changes in the brain.

Most people know that drinking too much alcohol is not good for us. There is a lot of research indicating that chronic alcohol abuse can cause multiple serious and chronic physical and mental problems and can cause alcohol dementia and death from overdose or physical problems resulting from alcoholism (Rehm, J et al. 2009). There is no consensus in the literature, however, regarding how mild and moderate drinking affects our health. Some research indicates that moderate drinking causes cognitive decline (Topiwala, A. et al. 2017). Other studies showed potential health benefits of moderate drinking (Nova, E. et al 2012.) Also, for many years researchers were studying factors that are linked to good health and longevity. There is a consensus that one of the healthiest diets in the world is the Mediterranean diet and people in that region drink some wine.

Former research showed health benefits from red wine if drank in moderation: one glass per day for women and two for men. Red wine contains many antioxidants, especially resveratrol, which is supposed to be good for our health (Snopek, L. et al. 2018). Resveratrol protects against heart disease and cancer. Resveratrol is in the skin of the grapes, and the type of grapes that have the most of it is a purple Pinot grape that produces Pinot Noir wine.

However, new research out of England (Daviet, R. et al 2022) indicates that even a single drink per day is linked to changes in the brain. The study had a large population sample (36,678 healthy adults ages 40-60) adjusted for age, sex, height, socioeconomic status, and country of residence, etc. Functional MRI brain scans were used to assess brain changes in the participants and the control group. The researchers found negative associations between alcohol intake and brain macrostructure and microstructure, global brain volume, regional gray matter volume, and white matter microstructure. About 90% of gray matter (which serves to process information in the brain) showed a negative association with alcohol intake. The most affected brain regions were the frontal lobe (responsible for our executive functions), parietal lobe (involved in sensory perception and integration), and insular part of the brain (involved in processing positive and negative emotions). However, changes were also seen in the brain stem (regulates automatic body functions essential for life), putamen (involved in learning and motor control), and amygdala (regulates emotions such as fear and aggression).

The global brain volume measure is especially concerning because brain volume loss is frequently seen in brain scans of patients with dementia. The negative association between alcohol intake and changes in the brain was already seen in participants drinking only one or two alcohol units daily. Also, increasing drinking from one unit of alcohol per day (i.e., a 25-milliliter shot of spirits) to two units (about a pint of beer or 175-milliliter standard glass of wine) was associated with changes similar to two years of brain aging. All findings were similar for men and women.

The study, however, has some limitations. The population sample consisted only European adults and seniors and the results may be different for a younger or geographically different population. The main limitation is that the participants self-reported alcohol intake for the past year and that is not always the most accurate and objective measure. Therefore, more research needs to be done in that area.

So what do we need to do? Drinking or not drinking, or how much drinking per day or week, is everybody’s personal decision, but the above research gives us something to ponder, especially during the holiday season. 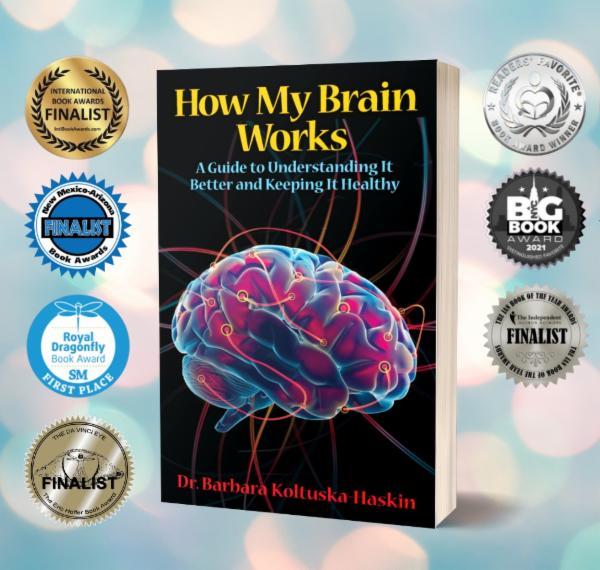 Barbara Koltuska-Haskin, Ph.D., is a neuropsychologist in private practice in Albuquerque, New Mexico with over 30 years of clinical experience, and the author of How My Brain Works: A Guide to Understanding It Better and Keeping It Healthy. Her book has won 2 International Book Awards and 5 National Book Awards.