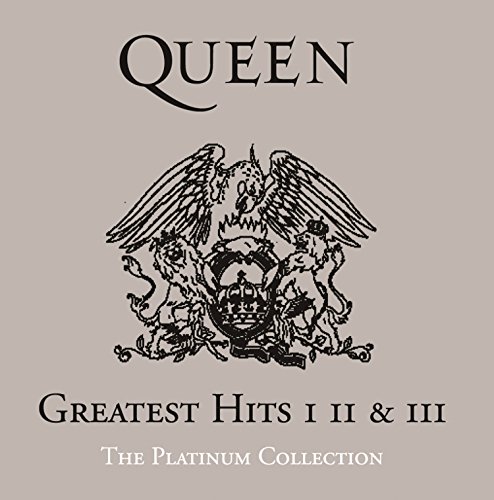 The Platinum Collection
Will the Upcoming Freddie Mercury Biopic Rock You?

Queen knew how to rock hard, but will Bohemian Rhapsody, the upcoming Freddie Mercury biopic, be a champion at the box office? That might depend on who you ask and what your motive is for seeing the movie. With a release date of November 2nd, here is some background to the movie.

Controversy has surrounded this movie for different reasons. The original director, Bryan Singer, was fired from production towards the end of filming and replaced by Dexter Fletcher. Swarming allegations of alleged sexual misconduct and possible on-set disagreements may have played into the firing, but Singer is still being sole-credited as director.

The overall direction of the movie also caused early fallouts. While on the Howard Stern Show, Sacha Baron Cohen, who was set to star as the iconic front man in the movie for years prior, explained he left the project due to clashing views between him and Queen's band members, who served as producers on the movie. Cohen envisioned the film diving into the darker, more sensuous areas of Mercury's life, while the band members wanted the movie to be more about how Queen was able to carry on after the death of Freddie. It seems many agree that the film may have avoided exploring Mercury's flamboyant lifestyle by sidestepping it; a review in Variety calls the movie "painfully polite" when it comes to portraying Mercury's sexual-romantic identity.

So who did end up landing the part of Mercury? Egyptian-American actor Rami Malek. If you're not familiar with Malek, Guardian features a great interview with the actor, in which he talks about taking on the role of Mercury, as well as his career and early life. At only 37 years old, he seems wise, humble, and quite intelligent. After reading the Guardian article, you'll probably find yourself rooting for the movie to be a success, if only for his sake.

If you're a big Queen fan, the musical sequences may be enough for you to walk away satisfied. The film features a reenactment of the London Live Aid concert in 1985 and most critics agree this is a highlight of the movie, with Malik shining and the music itself taking center stage.

For those Queen fans that may live under a rock, you'll be happy to know that Queen has been touring again for years, with singer Adam Lambert. Lambert became a star after his stint on the television show "American Idol" and started touring with the band in 2011. It was as if fate brought them together, when Queen made an appearance on the "American Idol" finale the year Lambert was on the show. Brian May recently told Ultimate Classic Rock, “Adam can do all the stuff that Freddie did and more. It doesn’t matter what you throw at Adam – he can do it. He’s a born rock star and frontman, so it’s a very vibrant relationship we have with him. We treat Adam exactly the same as we treated Freddie in almost every way.”